Rented a 467hp Monster Lexus for a Week in Miami Florida

Ever since I saw my first Lexus RCF drive by me, I've been hooked. Recently I had the opportunity to rent one, and boy did I have some fun! 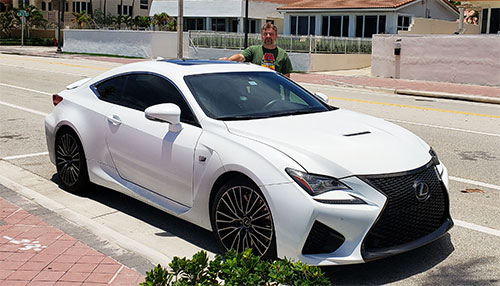 The first time I seen a Lexus RCF it was a dark silver one with an after market exhaust that made the already raspy v8 sound even louder. I ended up following that guy from a few miles near my home, just so that I could hear that engine. To me the Lexus RCF sounds like a Japanese Porsche.

In my video you can hear the engine revving and the awesome blip on downshifts after a wife alarm. What’s a wife alarm? That’s when your wife tells you to stop doing something. In my case the first wife alarm Kawshi wanted me to put my phone down that I was using to record an acceleration test.

Anyways, the Lexus RCF hasn’t changed much from the 2015 model to the 2021 model, so if you’re in the market for basically a two seater luxury sports car, you don’t have to get the latest model year to enjoy the car.

Of course the newer models are sculpted a little sexier, but the overall experience will be very similar to the 2015 original Lexus RCF.

What I Love About The Lexus RCF 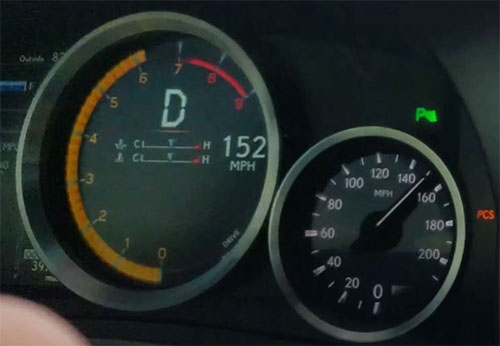 The 467 horsepower engine! This trusty Toyota v8 in Lexus form can put a smile on your face the second you smash the go pedal to the floor. Tesla’s are amazing, but I’m still hooked on the sound of a gas burning power plant.

Back in 2006 I won the auction for a White Mercedes S-Class on Ebay. When it came down for paying for the car, the owner of the car refused to take a photo of the Capital One check with his signature and backed out of the deal.

A week later I was at my mechanics shop and told him about the story. He asked why do I want to buy a Mercedes, I should buy a Lexus instead. So he fired up his computer and launched the Copart website. She showed me some cars and I gave him a budget of $30,000 out the door price with all costs included.

A few weeks go by and he calls me to his shop, he found a black Lexus GS300 all wheel drive with navigation (so he thought]. I showed up and saw that the car had front bumper damage but the radiator was intact so the damage wasn’t that bad. I agreed to the purchase and repair that day.

About 2 months go by and my body shop guy handed me the key to my 1st Lexus. It's been a long love affair ever since and although many European cars catch my eye, I don't have time or the patience to deal with a car that's very needy and always breaking down in some fashion. I just want my cars to work and require regular maintenance. I much rather invest money into the stock market!

It’s a Lexus, That’s Why You Should Buy It! 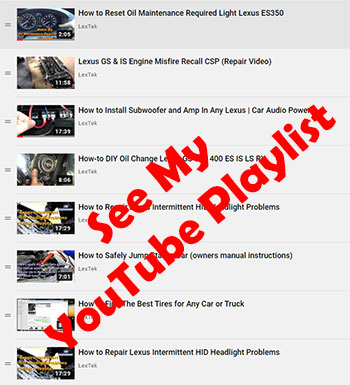 So after owning a Lexus for 15 years almost I can tell you all the nitty gritty stories and gripes of Lexus ownership.

I love European car styling, I love Audi’s and Mercedes the most. Through YouTube and the honesty of many YouTube mechanics, I have learned that the European brands tend to be very needy cars to operate. I personally wouldn’t buy any of those cars used, but if you have a business and can lease one and write it off, that’s the best way to have fun with them and not loose your shirt in the process. The other way is to fix it yourself.

Anyways, my Lexus did have problems, but after putting 210,000 miles on my GS300 I can safely say that this car is cheaper to run than probably many American cars as well. A Lexus and Toyota is engineered very well. And when you have all that thought put into the car, the end result is a car that tends to break less and last longer while staying in good running condition for a long time.

Why Are Toyotas & Lexus so Reliable?

Matt Farah from Youtube is famous for owning the Million Mile Lexus. You can put a million miles on any car if you’re willing to deal with the upkeep. Some Euro cars can put you in the poor house just with the required maintenance alone. However, as a car lover, I can totally envision doing the same for a car I love, but I'd put some money aside for realistic cost of ownership expenses. I recommend looking up forums on your car, I am a member of ClubLexus myself. I knew my car had issues with brakes and a dashboard rattle before I even bought it, but those are minor issues for me.

0:25 Yours truly with the little monster Lexus, actually not so little it weighs 3,958 pounds.

Hit .8 G’s on braking during that Wife Alarm #2. The screenshot can be seen on https://www.simplyadditions.com/Blogs

1:05 Run 4 Onramp Merging Power Test from 0mph in Sport + mode. 0mph to 92mph based on the GPS app from Google Maps took 15 seconds ending at 1:20. . The Google Maps speed however is on a slight delay but the speedometer from this run could not be seen.

Really nice blip on the downshift from this run. The Lexus RCF sounds amazing inside the car in real life when you have a little fun with it.

1:29 Run 5 And one of the best runs but the Speedo cannot be fully seen. Technically there are 3 speedometers to look at. There’s the digital one, the analog gages on the right of the digital gage, and the Google Maps GPS indicated speed.

At 1:48 The RCF achieved 142mph on a completely clear stretch of road from a GPS starting speed of 75mph. So it took 19 seconds to double the speed being traveled.

2:10 Good driver etiquette person moves out of the fast lane to let me by.

2:38 Car trip computer reflecting 29.5mpg after driving for awhile over 85mph. This Lexus with the v8 can easily do 25mpg on the highway with it’s 8 speed automatic.

3:17 Wife tries to be cute and captures my sunburned face in the mirror.